Google Started It Now These Glasses Will Make Your Vision Smart (Literally!) 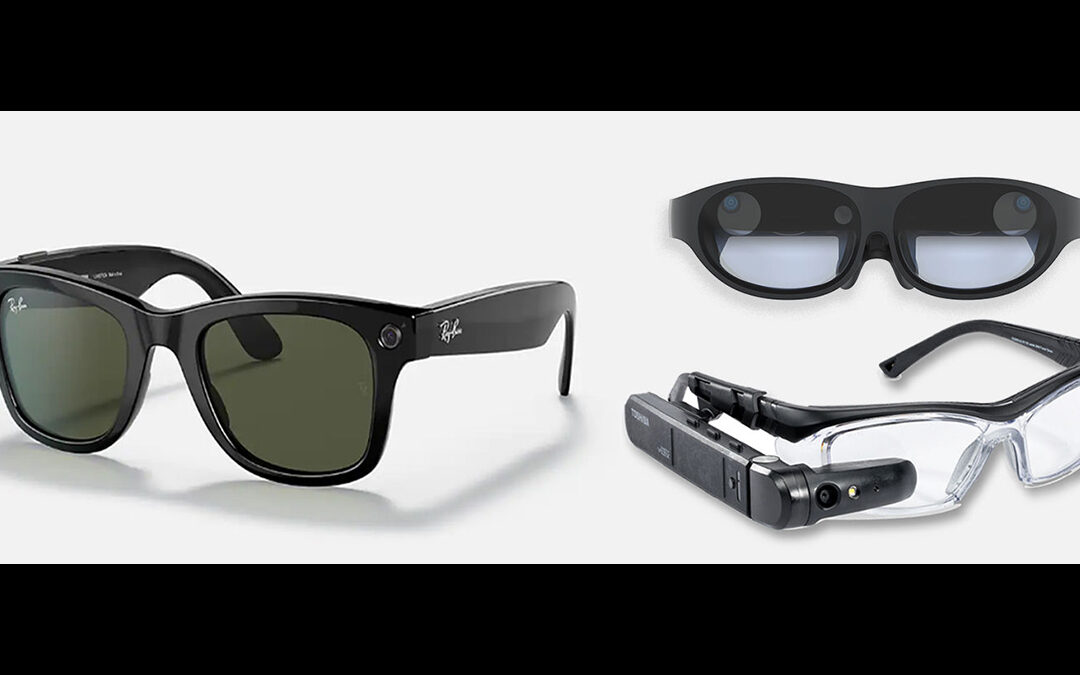 â€˜Can You Pass Me Your Eye-Glassesâ€™ Would Be the New Phrase Because They Can Do What Your Not-So-Smart-phone Canâ€™t, See To Agree!

Humans are the reproductive organs of technologyâ€ once quoted Kevin Kelly, popular author of â€˜What Technology Wantsâ€™. Humans have been at the pinnacle of transforming technology now and then. No industry has seen such an explosive surge except technology.

It is the current need of the hour and we thrive on it. Being one of the biggest industries, it is, directly and indirectly, responsible for the livelihood of hundreds of millions of people. As this never-ending surge continues, technology has once again surprised us with something that we never thought could happen.
Suppose we are in 2011 and we ask, can you make calls with your Eyeglasses?

More than surprised, you would be thinking of us as fools. But in 2011, history was created and footprints for what was about to come were laid with the release of Googleâ€™s first-ever Smart-Glasses. Take a look at these snazzy pieces of technology to see what others canâ€™t!

A part of Luxottica Group of Italy since 1999, Ray-Ban has been considered the â€˜Worldâ€™s Top eyewear
Manufacturerâ€™ from a decade now. Ray-Ban thrives on innovations and providing luxury to your eyes. This time too, Ray-Ban has collaborated with another tech giant, Facebook.

This collaboration purely represents your regular eye-wear collaborating with technology. We all have used
Facebook at least once and uploaded profile pictures of our favourite cars, celebrities, & of course WWE fighters. Ray-Ban Stories revive these stories, bringing back the nostalgia directly to your eyes. These smart glasses features -:

Facebook has also debuted its Facebook View App with this glass that will help you import your photos, videos, and media to other social media platforms. Keeping Facebookâ€™s reputation in mind, we hope that our privacy would be given top priority.

Ray-Ban thrives on innovations and providing luxury to your eyes.

A rather younger brand on the list is NReal. But donâ€™t let its age decide its quality. With an optimistic and futuristic approach in the market, NReal has gathered investments up to $71 Million in just four years.
NRealâ€™s Light is the luxurious solution to your eyes and it is NRealâ€™s flagship product that focuses on comfort and quality. Labelled as â€˜The Worldâ€™s First Mixed Reality Glassesâ€™, NReal Light features -:

Light in the name portrays the lightweight of the glasses that rounds up to 78-80g. This product can also be called â€˜A Lightweight VRâ€™. Implementing technology in the right manner, NReal provides an immersive experience that will enlighten your opinions about media consumption.

With a battery life of approximately three hours, you can watch any movie in these glasses on a single charge. It also features a VR like â€˜Black Coverâ€™, that will block the light from the surroundings and enhance the experience even further.

NRealâ€™s Light is the luxurious solution to your eyes and it is NRealâ€™s flagship product that focuses on comfort and quality.

How can you love technology and not know about google? From staring in a rented garage to hiring 150,000 employees under its roof, Google has traveled a long way. Interestingly, Google is the first tech giant to release Worldâ€™s first smart glass.

Google Enterprise 2nd Edition is the subsequent smart glasses that made their way through with a load of features and flagship experience. Nobody integrates better hardware and software than google itself. Being the big bull of the tech game, some of its features are-:

With around 8 hours of battery backup claimed by google, this smart-glass is not so smart for your eyesight. Google enterprise is not just a smart glass, itâ€™s a powerful smart glass. All thanks to the computing power of Qualcommâ€™s platform.

Headquartered in Tokyo, Toshiba is known to be one of Japanâ€™s first and leading technology companies in the world. IT embedded in its core; Toshiba is all about technology. Havenâ€™t you used any of Toshibaâ€™s products?

Toshiba DynaEdge is the most distinctive smart glass of all. While every other smart glass focuses on basic
amenities like calling, WiFi, and Bluetooth connectivity, Toshiba bought a full-fledged PC for your eyes. Seems impossible right? This full-fledged PC rocks some of the greatest features like:-

Toshiba DynaEdge is more suitable for an enterprise, where efficiency is supreme and the task is very mobile. It can be handy for logistics and the corporate industry. Overall, performance and looks are what make it better and unique. So, if youâ€™re bored and want to transform yourself from human To-Shiba, then definitely go for it!

IT embedded in its core; Toshiba is all about technology.