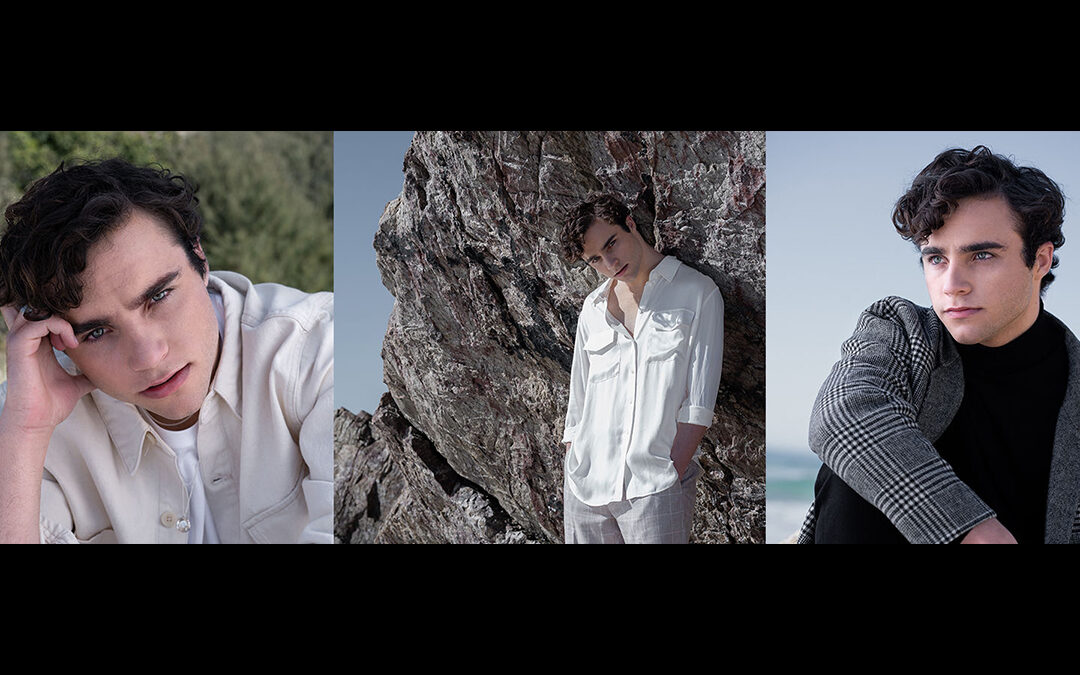 Michael Bishop, the latest ‘Disney’ star has become the talk to the town. You’d have difficulty finding a more versatile actor, and a fashionista who will in no time move the industry with his extraordinary talent and skills. The ‘handsome hunk’ is all set for his first break in Hollywood and is indeed winning our hearts already.

In an interview with us, Michael Bishop tells us all about his love for singing and “burning desire to start a brand” He even drops hints and excites us about his upcoming plans, revealing about a writing project too. Exciting, right? Wade through!

Tell us more about your role as DJ Max in the Disney Channel Original Movie Spin!

Max is a fun, passionate, somewhat dorky British DJ, who happens to be the new kid at the school. Max is a charming heartthrob, so I’m sure casting myself was a no-brainer.

This movie is your debut acting role in the United States. Congrats! Can you tell us more about your acting process?

Firstly, I have to mention that it feels like such a huge milestone for me to have an acting role in the States! It can definitely be difficult for actors outside of the Hollywood world to break in, so I’m beyond thrilled to be proving it’s possible. For me, the main thing is to be real, and have a really strong idea of the narrative we’re trying to follow. Once you figure out how your character fits into that, you’re free to play around!

The movie Spin is a historical moment for Disney Channel since it is the first movie to highlight Indian culture and cast an Indian actress as the lead! Can you tell us your thoughts on the importance of this representation?

I believe everyone can see a touch of Rhea in themselves. I know I do. Rhea represents the journey of finding your own voice and letting the world hear it. Working on this movie has reminded me that I have a voice, and I am excited to completely find it and share it with the world.

I believe everyone can see a touch of Rhea in themselves. I know I do.

What does it mean to you personally to be involved in this movie? What do you hope the audience takes away from the movie?

I couldn’t be more proud to be part of a movie that is such a milestone. I’m personally very lucky that I grew up seeing characters on screen that I could identify with and, I believe it’s an absolute necessity that everyone has the opportunity to grow up feeling the same way and identifying with those they see on screen.

We’ve seen on your social media that you’re an amazing singer! Will you be singing in any upcoming projects in the future? Maybe in the sequel if there is one?…

I’m going to have to tell my elementary choir teacher that! It is quite honestly the best compliment I have ever received! Singing definitely isn’t my strongest point, but I would be lying if I said I didn’t have a burning desire to start a band and tour the world, we’ll just have to see. As for a Spin sequel, I’m not too sure – but I’d love to see DJ Max show off his singing chops.

If you could choose to star in the movie version of any musical, which musical would it be, and what character would you want to play?

I know that Dear Evan Hansen is being turned into a film, and I think Ben Platt is phenomenal in that role, but I’ve always had this little desire to take on that role myself. The message of DEH is so beautiful and I think that’s why so many relate to it.

If you were given the opportunity to sing on stage with any major artist, who would it be?

If Dean Lewis wants me to open for him, I will be there! I wouldn’t even have to sing, I could juggle for all I care! I love Dean!

I know that Dear Evan Hansen is being turned into a film, and I think Ben Platt is phenomenal in that role, but I’ve always had this little desire to take on that role myself.

We heard you love to write. Do you think you will ever write your own movie someday?

These things are confidential but everyone knows I can’t keep a secret. I am working on a very exciting project. It will be my writing debut and if I reveal any more information, I will be in a lot of trouble.

If you could join the cast of any TV show right now, what show would you want to join and why?

Anna got me into the show This Is USA and I am hooked. It’s genius, I don’t exactly know how I would slot in, but given the opportunity, I would do it in a heartbeat.

Being a lead on Disney Channel means millions of kids around the world are looking up to you. How does that make you feel? What advice would you give to those kids that see you as their role model?

I want kids to know that they can do anything. I once was a little tot finding my way in the world, unsure of exactly how I would fit in, but when you decide to take up space in the world and let your voice out, people will listen.

We love your style. Are there any brands you hope to work with in the future?

Truth be told, I am a fashion novice, but I am falling more in love by the day with the fashion world. I’d love to work with any brands that want to try something new and test the boundaries of the industry.

Lastly, how can we keep up with you and your upcoming projects? Plug your socials so we can follow your journey!

All of my content is on Instagram at @michaelclivebishop. That’s my main hub for my wild ideas and upcoming projects. Flick me a DM saying hi, I’m trying to respond to everyone!

I want kids to know that they can do anything. I once was a little tot finding my way in the world, unsure of exactly how I would fit in, but when you decide to take up space in the world and let your voice out, people will listen.