Highlights From The MTV VMAs 2022: Best Moments And The Best Dressed Stars Of The Night 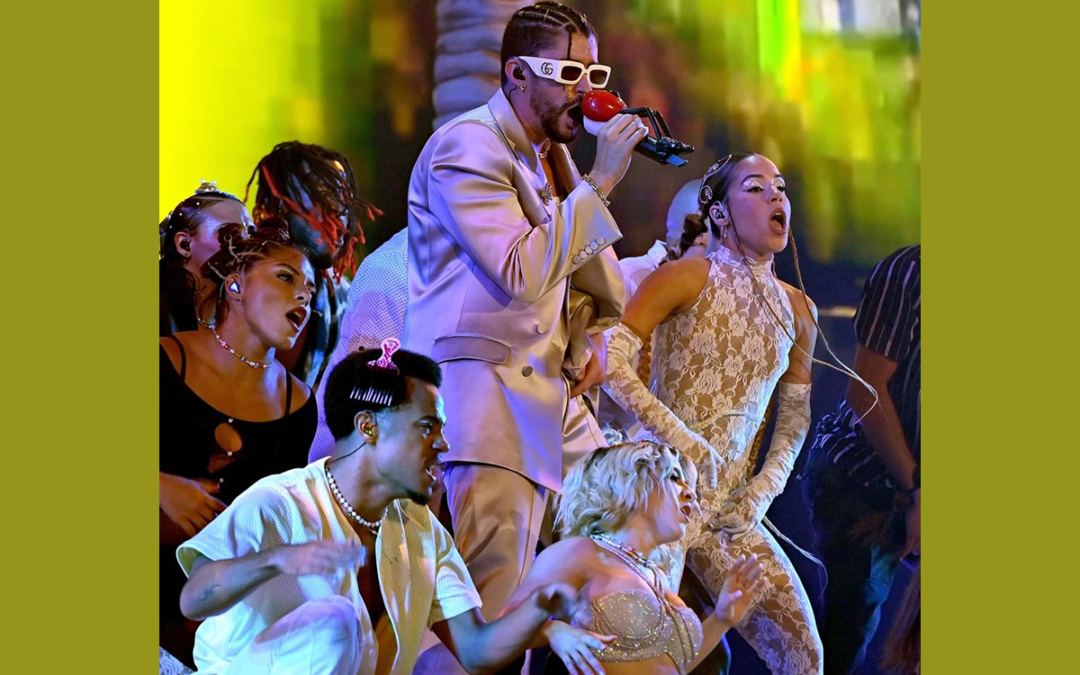 From Taylor Swift announcing the release of her new album to Harry Styles making a virtual appearance, Sunday night was a bang with MTV VMAs 2022. We have covered some of the best moments along with who stole the show with fashion, check out!

The stage at the Prudential Center in Newark, New Jersey was set on fire with the biggest names in the music industry performing their smash hits. You guessed it right, the best night of the music world, MTV Video Music Awards commenced on 29th august leaving us with some moments we will cherish for life. The unexpectedly awesome trio, LL Cool J, Nicki Minaj, and Jack Harlow hosted the show with their high energy and it’s safe to say there was not a single dull moment with these three on stage.

As usual, the show commenced with the music stars performing their most loved piece and later honoring the ones with awards that swiftly made their way into the audience’s hearts. Speaking of swiftly, here’s us declaring the sensational Taylor Swift as the star of the MTV VMAs this year. From her attire to her exceptional speech with a surprise for all fans, was top-notch. Back to the best moments, we’ll start with Nicki Minaj; the goddess before accepting his Michael Jackson Video Vanguard Award performed some of her hits but the best was yet again the “Super Freaky Girl.” After having won the case, we expected to see more of Depp, but his moon man landing in Prudential Center was not enough. Lizzo, our “About Damn Time” badass woman recreated the 2015 VMAs by doing a Nicki Minaj impression of the rapper’s infamous callout to Miley Cyrus, no pun intended. Harry Styles couldn’t be there, we missed him but made an appearance to take out a major award “Album of the Year.” Well, he deserves it!

Towards the end, was the announcement of the year; Taylor Swift in her winning speech dropped a huge new bomb – the announcement of her 10th new album. Ah, it was such a fun night and surely made our Sunday better. Moving on, we have picked out some of the best-dressed icons from the night. Don’t worry, the whereabouts of their attires are also mentioned. Save it for fashion inspiration later! The star of this year’s MTV VMAs, Taylor Swift walked in like a shining star. She wore a halter neck mini dress, blowing up with rhinestones, this V-neckline asymmetrical dress was everything you desire. Swift wore this over a nude-toned bodycon outfit and looked blazing hot. The brand she wore is Oscar de la Renta and paired with Lorraine Schwartz jewelry. The ankle-strap stilettos are from Christian Louboutin. Not just the attire, she hands down won the best beauty award too. The winged liner with the latest gem’s eye trend looked killer. It’s definitely a Yay for us! We have never questioned her fashion, how can we now? Sabrina Carpenter walked the red carpet in a Moschino gown. It was indeed a daring choice as the dress was a cutout gown. Covered with colorful sequin flowers lit up the red carpet. The hottest part of the dress was the symmetrical cutouts on both hips, along with a teardrop-shaped cutout at her sternum. The makeup look complemented the dress perfectly. She even opted for a Jennifer Behr headband and Yun Yun Sun jewelry. Even though she was looking forward to Blackpink’s performance, our motive of attending was successful after having seen her in the flower embellished dress! Becky G just didn’t look like a true goddess but also wore a tarot Card-inspired Zuhair Murad Dress. She represented symbolism and sequins. The floor-length gown included details inspired by tarot card interpretations that included the sun, the ace of swords, the lovers, the chariot, and justice. The light gold sequin background has our hearts. She looked phenomenal with a straight neckline and tank-style straps. When she turned, our jaws dropped by witnessing the parallel rectangular cutouts on the sides. For footwear, she wore Jimmy Choo’s Max platform sandals. As for her makeup, the red lipstick was the highlight with blowout hair and soft waves. Even though her outfit didn’t not sparkle or make the most hype, the way she carried it cloaked us all in dark glamor. She wore a black fitted sleeveless gown with a sweetheart sheer neckline and an oversize hood by Carolina Herrera. Her makeup was kept simple yet dewy totally complimented by her attire. Along with this, she accessorized with a diamond earring, which all girls wished they had, and oversized star-shaped earring studs by David Yurman. The ‘Purple Hearts’ fame singer won the Best New Artist award and performed during the pre-show. Not to miss, we also loved the hair bun, it was neat and matched the subtle look.