Look At These Iconic LGBTQ Fashion Shows Making Everyone Jealous 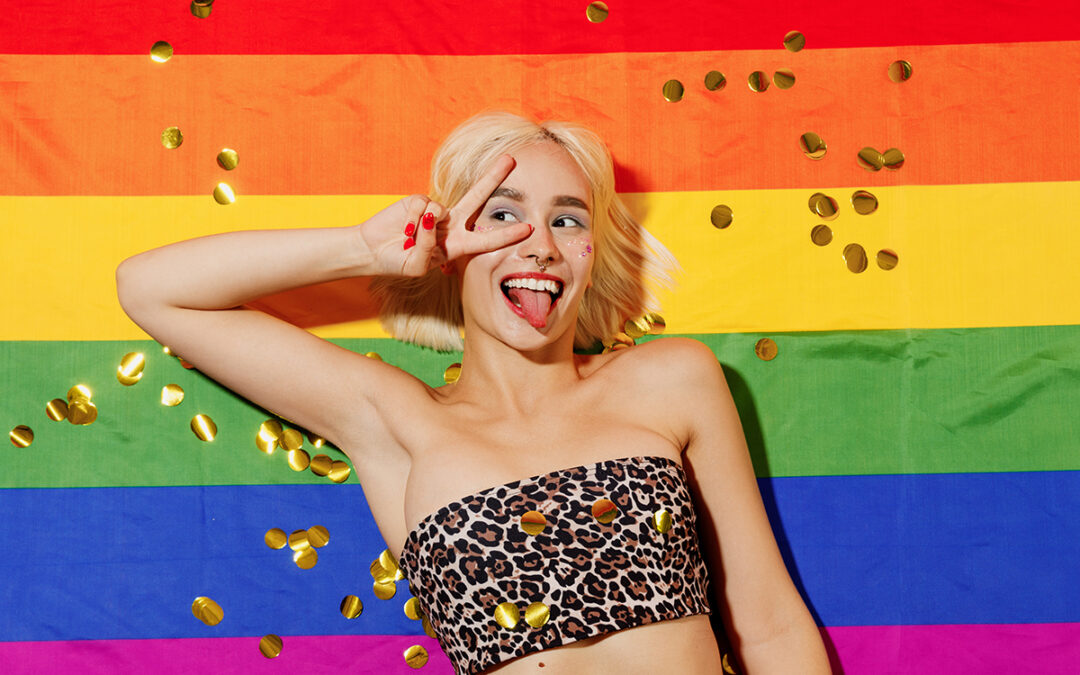 This Month It’s Time to Get Better but With the Help of Fashion. Let’s Take a Look at how this Industry Represented the LGBTQ Community!

Liberalisation comes from liberal-nations”, these nations form the most of our planet but you have to ask yourself – are we qualified to be called liberals yet? Not even quite there, we have to break a heap of barriers to be even called somewhere close to liberals. Mental liberalisation is not enough to succeed in this era, we need to portray it through our actions. One of the most suppressed and liberal communities of the world is that of LGBTQ+. This month, we celebrate what this community has done to make us progress a bit closer to the word ‘Liberal’. Although many attempts have been made, fashion stands untouched. It is the most helpful and bold way to express your opinions. We’ll take a look at the times when the LGBTQ+ community has taken the help of fashion to express what they can’t usually; opinions. Sasha Velour created the whole attire and the show was later known as the “Drag extravaganza”.

Inaugurated in 1943, New York Fashion Week has always been one of the biggest platforms that have not only helped designers but also changed how we looked at fashion. It takes place semi-annually in February and September simultaneously.

The winner of “RuPaul’s Drag Race”, Sasha Velour and OC creative directors Carol Lim and Humberto Leon were seen together back then. As an integral part of the opening ceremony, Sasha Velour created the whole attire and the show was later known as the “Drag extravaganza”, where more than 40 personalities from the LGBTQ community participated.

As part of the show, some of the queens included Miss Fame, Lypsinka, and Jiggly Caliente. They wanted to pay tribute to all the Drag performers out there and celebrate the art of drag through which they think fashion flourishes the most. Burberry transformed itself into the new shoed of the industry and became one of the biggest fashion houses of today.

Coming from her majesty’s fashion streets of London, United Kingdom – Burberry was founded in 1846 when fashion was all about the Victorian era and high culture. Burberry transformed itself into the new shoed of the industry and became one of the biggest fashion houses of today.

Christopher Bailey was then the creative director of Burberry and the fashion show was to depict the last collection he made. Do you know what he did? He dedicated his last collection to the LGBTQ community and his words were “To the best and brightest organizations”.

He took inspiration from the colourful LGBTQ flag which represents unity and harmony. The whole runway was shimmering with a colourful aura which represented diversity with rainbow[1]coloured flags and Burberry’s signature tartan. Cara Delevingne also supported this collection by wearing Burberry’s rainbow-striped faux fur cape. This was the first time that most trans men ever assembled on the stage of New York Fashion Week.

An eponymous brand started by a fashion designer based out of Los Angeles – Marco Morante, Marco Marco is popularly known for manufacturing some of the finest undergarments for men. While it is for men, Marco needs no introduction to the LGBTQ community as he is an avid supporter himself.

In September of 2018, when everyone was busy portraying their collections in the best way possible, Marco Morante dedicated the whole stage to the LGBTQ community. The history was in making, do you want to know why? Because this was the first time that most trans men ever assembled on the stage of New York Fashion Week.

He later said about creating an individual space for trans men to celebrate their bodies was the main motive behind this step. Some of the popular trans men who added the cherry on top were Gigi Gorgeous, Laverne Cox, Dominique Jackson, Trace Lysette, and Angelica Ross. Anjali Lama – A transgender model based out of Nepal walked through the runway of Lakme Fashion Week which took place on a cruise.

India is one of the fastest growing fashion markets in the world and India has its version of New York Fashion Week invented as Lakme Fashion Week which is where some Indian and even international designers assemble to display their works of art.

As India is seen as a conservative country, fashion helped this country in breaking the typical stereotypes when Anjali Lama – A transgender model based out of Nepal walked through the runway of Lakme Fashion Week which took place on a cruise.

It was enlightening for a whole nation to see the change that fashion can bring to our mentality and its capabilities in breaking the obvious. Talking about the looks, Anjali wore a golden dress which looked stunning. She later told that the experience was very amazing and inspiring for her and she wanted to be a role model for the LGBTQ community.