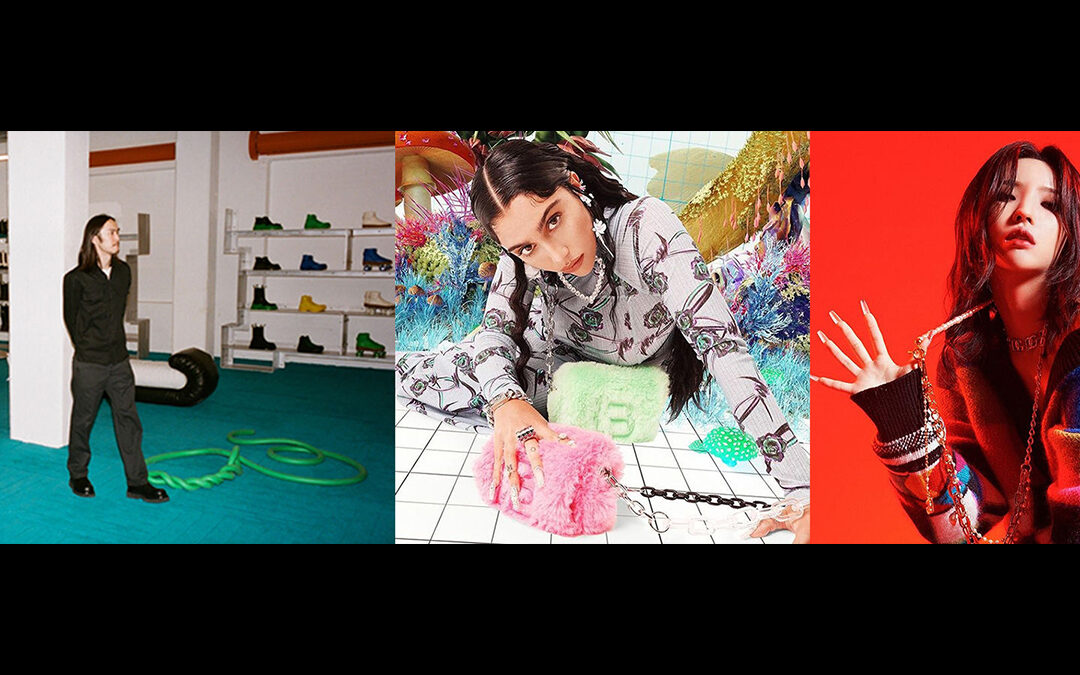 Get your hands on Your Monthly Dose Of Fashion, Entertainment, Beauty & Luxury. November is Bliss & So Are You. Read On!

Amidst the busy lanes of East London, Bottega Veneta has surprised fellow fans with a new pop-up in London. Located in the Tea Building that used to be a former warehouse on Redchurch Street. This location has now changed into one of the city’s most bustling areas making it high on demand. Shoreditch House, Browns Eat and Guccis new Boutique-slash-event-space are all located just a few steps away.

Bottega Veneta showcases the Salon 02 collection in this store for which the brand cleared their Instagram feed earlier this year. Along with this, the store also carries some exceptional art pieces by creatives who have collaborated with Bottega for The Issue 02. You can also witness the paper version of the brands Lug boots created by Daniel Gordon along with brightly coloured silicone foam tubes by Greem Jeong in this pop-up. The bright blue carpet along with perfectly designed furniture brings out Bottegas class and creativity.

The store is said to be open until Christmas. Don’t forget to get a peek at this store this month.

You can also witness the paper version of the brands Lug boots created by Daniel Gordon along with brightly coloured silicone foam tubes by Greem Jeong in this pop-up.

The Fall Campaign that goes by the name of #thisisTECHNONATURE by the Spanish contemporary brand named Bimba y Lola has recently disclosed Lourdes Leon as the face of the campaign. The campaign also includes some famous names includes Isamaya Ffrench for its creative direction. He is also the person behind the makeup look spotted by Leon.

The brand has recently released a video inaugurating the campaign. The video, directed by Carlos Saez, Daniel Benza and Cesar Rodres, feature Leon with a bright pink mushroom that hops onto her hand and transforms the setting into a euphoric one. You can spot beautiful floral words with trees, plants and mushrooms all around. The background is covered in eccentric hues that almost makes the setting look psychedelic.

As the video proceeds, Leons outfits change. Her oversized t-shirt visible in the beginning changes into various garments being campaigned by the brand. This includes fuzzy handbags along with some chunky jewellery as well as bold prints of the season. Another interesting thing to note with this campaign is that, although Leon has already been a model for various magazine issues, this is the official coming-of-age advertising campaign for Leon. You can watch the video on the brand’s Instagram if you haven’t yet.

You can spot beautiful floral words with trees, plants and mushrooms all around. The background is covered in eccentric hues that almost makes the setting look psychedelic.

Pop-ups or a Capsule Collection? Dior and Sacai has Arranged for Both

People jumped up from their seats as Dior and Sacai announced their collaborative collection will be launched in pop-ups worldwide. The first pop up has opened in Sacais hometown in Tokyo, Japan. The pop up in Omotesando has given customers a golden opportunity to buy items from the exclusive capsule collection by the 2 manufacturers.

Some highlights from the pop up in Japan include the juxtaposition of grey concrete, gentle toned wooden and inexperienced grasses along with herringbone parquet flooring. This also marks some of the basic signature components used by both the designers. The furniture echoes Sacais personal shops and the flooring resembles that of Diors residence at 30 Avenue Montaigne in Paris.

The capsule collection is said to be a combination of the two manufacturers’ aesthetics representing a dialogue between Abe and Jones. It collects a cool, youthful, elegant and lovely males assortment. The pop-up store also has lush greenery framed around big windows for a warm and welcoming touch. Check out the store if you happen to be in Tokyo!

The first pop up has opened in Sacais hometown in Tokyo, Japan.

A New Vision by Dolce and Gabbana and HYPER BEAST Korea

To showcase their Fall Winter 2021 collection, Dolce and Gabbana tried something quite out of the box. The hype around miscellaneous Korean pop culture is making a buzz recently and the spotlight is on Kpop Music. Keeping this in mind, Dolce and Gabbana joined forces with Hyperbeat to release a track called New Vision.

This single dropped on various major streaming platforms. The rap song features Colde and Soyeon who are known to be famous names in the Korean pop music scene. The artists can be seen performing on their songs while wearing creative pieces from the Fall/Winter Collection by Dolce and Gabbana. While describing the collaboration and the pieces, D&G said that the collection contains Bolder designs that embrace the dynamic and colourful philosophy of the high-tech era and the spirit of the times.

The track New Vision also marks the first release of both the artists in about three months. This music project partnership with cultural platform HypeBeast has led to a significant attention growth towards Dolce and Gabbanas Winter/Fall 2021 Collection that is featured in the rap-heavy track. Listen to it on any major streaming platform if you haven’t heard it yet.

The hype around miscellaneous Korean pop culture is making a buzz recently and the spotlight is on Kpop Music.