Margaritas, Martini and Marvels of Italy 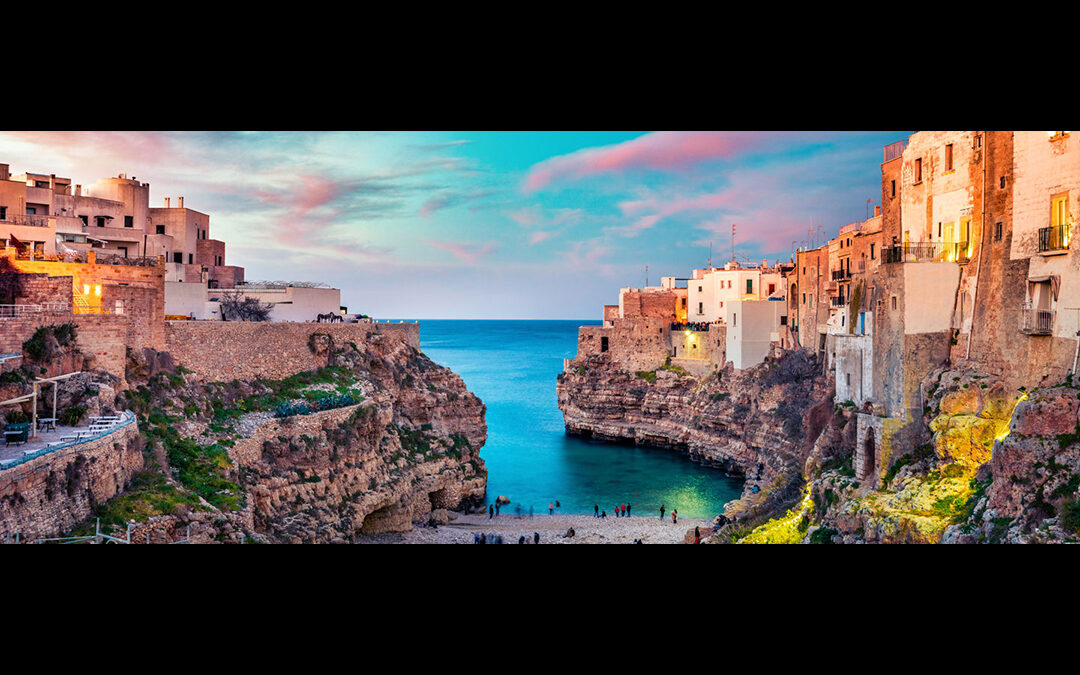 Italy is a place to revel in pleasure. Those who interchangeably use pleasure and entertainment are mistaken as American journalist Elizabeth Gilbert draws a clear line between the two in her 2006 memoir and now a film adaptation, Eat, Pray and Love. She iterates how Italians know to seek pleasure even in the nothingness of life and hence remain happy souls without getting peeved by guilty pleasures, unlike Americans. When the lead character of the film, played by the iconic Julia Roberts comprehends this fascinating Italian lifestyle, she gets some serious inspirations to write and shape her life. She understands how to seek contentment in simple joys of life- in the wine, in a relaxing bath at a suburban motel, in Pizza and Risotto over a rusty open cafe and in learning Italian language! As much as the film brings to focus the introspective journey of a writer, it depicted Italy as a catalytic agent for change in a foreign travellers life. Now as this Mediterranean country again re-opens to welcome international travellers after seeing a decline in Covid-19 cases, one cannot resist the curiosity of exploring it. From mulling over a glass of wine, to marvelling at its classical Roman architecture to listening to Opera and learning why the Neapolitan pizza making technique of Italians is recognized as an intangible cultural heritage by UNESCO, heres what you can do in this European country!

Italy is a melting pot where art fuses with fashion and pays reverence to creativity.

For lovers of art, architecture and fashion
Italy as a hub of art and fashion connoisseurs. It is a place glorified for its contribution in the Renaissance period and Age of Discovery. From the artworks of Leonardo Da Vinci and Giotto Michallangello keeping alive the artful legacy to the country housing some of the most luxe fashion houses like Gucci, Prada, Valentino and Versace, Italy is a melting pot where art fuses with fashion and pays reverence to creativity. You can head to some of the most alluring art museums like The Venetian Museum, Borghese Art Gallery, Capitoline Museums showing Greco-Roman art to the Palace Museums of Rome tucking the most prized and princely collections. The country is also famous for its world heritage sites and architecture as seen in Leaning Tower of Pisa, Doges Palace, Norman Palace and other historical sites like La Citta Alta, Teatro Farnese which is a Baroque-style theatre cum playhouse and many more. If you like to stay at the quaint lakeside villas then an evening spent at Villa Olmo or the lush green gardens of Villa Melzi or the Nordic style Villa Monastero, will provide chicken soup for your soul! To sum up, Italy manifests a walk-in exhibition with its high street fashion and marvellous art and architecture.

It is a place glorified for its contribution in the Renaissance period and Age of Discovery.

For your food palate
The touristy vibe of Italy will be incomplete if we do not mention its delectable cuisines. Its quintessential restaurants and bars can be found in the nooks and corners, painted with bright colours and adorned with delicate creepers, fluttering the hearts of visitors as they mull over what to eat over a glass of wine! You can check out some of the historical restaurants and bars like Checchino Dal 1887, Porto Di Savona, Hostaria Antica Roma or can head to streetside open cafes for booze over Mojitos, Martinis and crunchy Margaritas! The hardcore food lovers can savour famous Risotto, kinds of pasta, Pizzas, Crocchette and Polleries and finish their scrumptious delicacy with Gelato for an iced treat. Those interested in tracing Italys famous alcoholic beverage, Wine, can have a trip to winery chambers to learn about the process and we bet you’re going to have a lot of fun on this exploration!

Italy’s quintessential restaurants and bars can be found in the nooks and corners, painted with bright colours and adorned with delicate creepers.

Travelling in pandemic
Italy was one of the first countries where the pandemic wreaked havoc. As a result, the country restricted international travel and induced strict lockdown. Now, as it witnesses a downward curve in Covid-19 cases, it has again welcomed travellers to boost tourism which accounts for 13% of the countrys GDP. However, if you are travelling from India to Italy, you need to take care of the following and carry these essentials. Travellers need to fill a self-declaration form, show a negative molecular or antigen swab test within 72 hours before entering Italy and self-isolate for 10 days after arrival in Italy. The isolation period is then followed by a new antigen or molecular test, however, there are certain exceptions that you check out at the country’s travel guidance before you travel as the information is being constantly updated.