Spirit Of a Star! 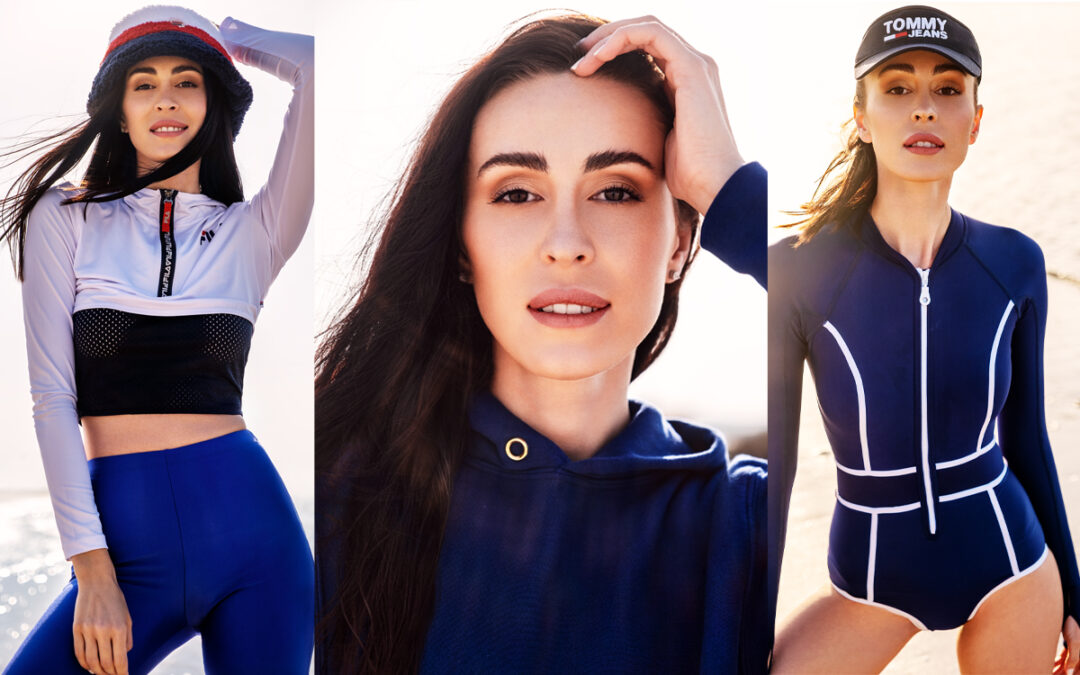 International model Elvira Jain talks in exclusivity for India about her amazing modelling years, her first business -the modelling agency and how it feels being mixed with the Indian culture!

Having started with a modelling agency at the young age of 18, Elvira Jain is striving to be a successful business lady. Shining like a star in the modelling world, she is the perfect blend of perseverance matched with resolute to fulfill dreams.

From doing shoots and shows for brands like Dior, Armani, Philip Plein, to opening a modelling agency and owning your business at the age of 18, how do you feel it influenced your life?

Being a model gave me the chance to travel and achieve the dreams of working with big brands, be on magazines and billboards.  Being the founder of Dmd model Management gave me a lot of respect among everyone including agencies, models and the entire fashion fraternity as I was not only the model, but also the young successful and serious business lady! It paved me a path for the future!

Was being a model always on your mind. Kindly share your modelling journey and how it began?

It was not, in fact I wanted to be an actress in Latin American soap operas, I even learned Spanish for that and was preparing hard (smile). But then at the age of 16, I was discovered in school, by the designer Valentina Vidrascu and that is how the contracts and career begin! I think it was just meant to be! At the age of 16, I was discovered in school, by the designer Valentina Vidrascu and that is how the contracts and career begin!

What are the key brands and designers you have worked for in your career spanning more than a decade? Kindly elaborate on your most awe-inspiring and memorable stint.

If to name big international brands then it would be Dior, Dolce Gabbana, Armani, Philip Plein, Lacoste to name a few amongst others. Still, I remember the moment when I got the call back from the agency for the casting for Dior that was for a cover shoot. I could not believe it and when I got confirmed it was like a magic moment! Another moment was the show for Dolce Gabbana in Dubai. The Dolce Gabbana team itself flew down to Dubai and did the live casting, so I was the one of the models chosen. I remember on my first ever contract that was in China many years ago there was the casting for Lacoste show and I got it. I was feeling like a supermodel! I did lots of magazines like Harper’s Bazaar, Woman Health, Esquire, Elle, Viva, etc. In India, I came with one of the best agencies and I worked with some of the world’s leading magazines like Men’s Health, Maxim, Atelier, campaigns with Satya Paul, Myntra. I also did Bangalore, New Delhi fashion week, shows for Manish Malhotra, Manish Arora, Rohit Ball etc.

You opened a modelling agency at a very young age of 18. What was the thought behind opening it? How you dealt with the challenges that came your way.

In Moldova at that time there was not any international model agency that could get great contracts for models around the world. Being a model and having the contacts to the best model agencies worldwide, I felt I am the right person and wanted to help other girls to achieve their dreams. So, I opened Dmd Model Management, and managed in a short time, to get more than 40 great models to manage. I was getting new faces from Moldova and then while being a model myself many other international models joined my agency. Yes, I had lots of challenges from models losing their flights, to models getting fat during their contracts, but I did not lose hope and developed my first business. In fact, I am very grateful to my mom and my grandfather, as they were the ones who gave me the final push to open the agency! I am very grateful to my mom and my grandfather, as they were the ones who gave me the final push to open the agency!

While you are scouting for models, what are the key features you look in a fresh face?

A model should have the height more than 173 and max 90-61-91 for an Asian market and if Europe height 1.77 and more, sizes less. Other parameters include an interesting face, either suited for a commercial that’s like very beautiful or fashion-oriented which means eccentric but “special”. I was very selective with my models. And I am proud to say that my models were doing the best world’s magazines like Marie Claire, Harper’s Bazaar and showing up at Milan, Singapore, Hong Kong fashion week. Also, I used to hold some of the important model/fashion competition licenses for Moldova (Miss Globe, Miss Fashion Tv, Miss International, World Top Model, and others) and I was choosing the model that will represent Moldova at the international level. I remember my first ever model that I chose to send to Miss International in Hong Kong, in partnership with President models Romania, Catalina stascu, came back with Miss Internet beauty and Miss Philanthropy titles. I can talk ages about the agency! As I created it and grew it from zero. Then there came a point in my life when I also wanted to focus more on my model career so as a young business lady, I judiciously decided to sell the contacts of my agency so I could fully-fledged work on my career in modelling.

What are your achievements in terms of model/fashion awards?

I have been a finalist of Miss Tourism Moldova in România ,4th finalist at ‘World League of Beauty and Fashion’ in Turkey, finalist of ‘Global Charity Queen Moldova’ and ‘Miss Earth Moldova’. I also represented Moldova at ‘Best Models of The World’ in Bulgaria. I also represented Moldova at ‘Best Models of The World’ in Bulgaria.

Would you consider moving completely to India? Maybe even try Bollywood?

I think it would mean a new chapter to be seen later. For the moment, I have so many international projects that I have to finish so I am currently focussing on that.

You have seen a blend of two different cultures, having married an Indian and yourself being a Moldovan beauty. You are also well versed with almost a dozen languages. Did such diverse exposure help you shape your identity, outlook and career?

Knowing 5 languages, from small I was quite “international”. Also, every country and place taught me something new and made me more mature.  For instance, it took me around 1 year to adapt to Indian culture, which is quite similar but very different at the same time when compared to European. For instance, it took me around 1 year to adapt to Indian culture, which is quite similar but very different at the same time when compared to European.

Being in the field of glitz and glamour comes with high stress and peer pressure. How do you tackle it and stay calm inside out?

It is important to stay focused and enjoy every moment. When you have a challenge just stay calm, solve it and take a lesson out of it!

Perseverance. If I set the goal, I get it done.  A thing to improve is to stop being so critical about myself at times. No one is perfect!

What’s that one dream yet to be achieved.

It is important to stay focused, I dream with open eyes all the time. For me, every dream is a goal to be achieved and worked on.