Top 3 most expensive artworks ever sold by a living artist 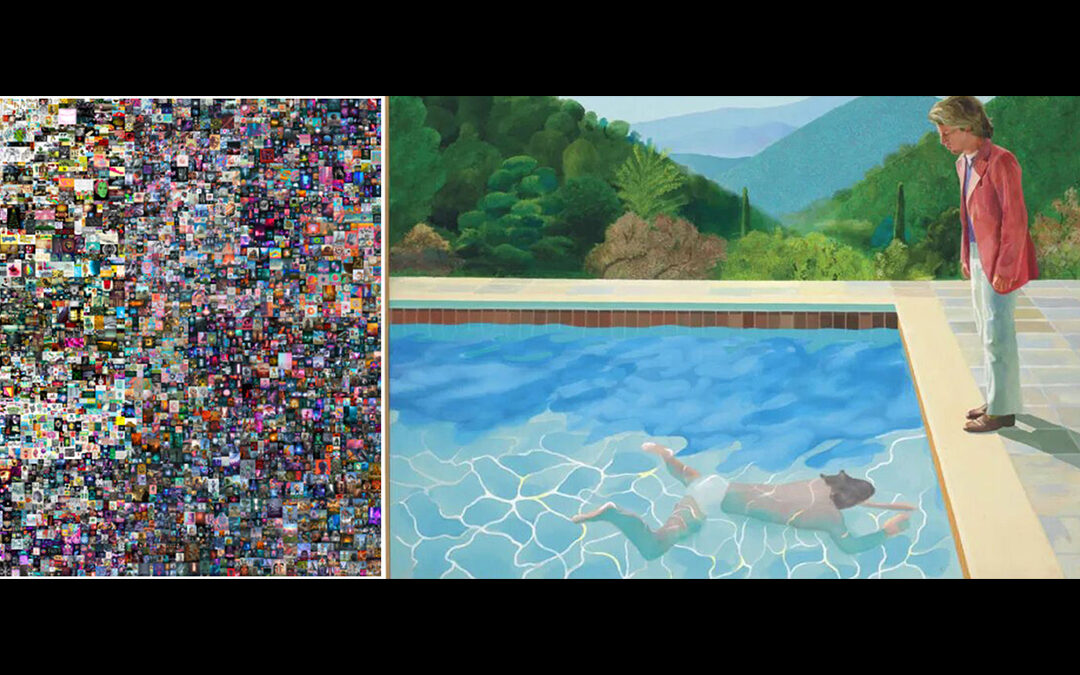 Heres some artwork that created a buzz around the world, not just for the brilliant art by artists, but for the price tag attached with them. Have a look!

Art speaks more than words can ever say. To harken its language, we need much more than vision. Leonardo da Vinci, Michelangelo, Vincent Van Gough or Picasso understood the depth of art and created it with a desire to express it. Art renders tendencies that have no scope of ricocheting anytime soon. It can be inscrutable or absolutely aloof. To fathom its true meaning is to spread light in a deep dark abyss.

Some artists, on the other hand, have very well understood the assignment. Their artwork has volumes to speak if one is obsequious enough to listen. It is not just a rattling roar, rather a perfect mixture of hues and monochromatic palettes. These oeuvres are celebrated as the most expensive artwork sold by a living artist and here’s what their onerous artwork talks about.

Since it was created in 1986, Jeff Koon’s Rabbit is prolonged to be the most iconic piece of artwork in the 20th century. This stainless-steel rabbit sculpture stands out to be cute and imposing at first yet attaches a minimalist sheen with a cartoonish sense of play to it. Lack of facial features may make this piece inscrutable and yet its form invokes frivolity. One might have to harken the visual language to understand this art completely. Some call it a thumb in the eye of the art world while some refer to it as mere disappointment without understanding its meaning. People can simply stand in front of this faceless quicksilver rabbit being deadpan and aloof or one could run up the thinking process. Tendencies of connecting it with childhood, Disney, Playboy, Easter, Lewis Carroll, Brancusi, Frank Capra’s Harvey or more, spare it from plumping a single meaning. The carrot to its mouth has also served as an open house for multiple thoughts.

Rabbit invokes a futuristic feeling. It is gleaming like a luxurious idol, reflecting not just the princes, but the public and acting as a confluence for the ever-shifting drama of life. Jeff Koons says It has a lunar aspect because it reflects. It is not interested in you, even though at the same moment it is.

Rabbit invokes a futuristic feeling. It is gleaming like a luxurious idol, reflecting not just the princes, but the public and acting as a confluence for the ever-shifting drama of life.

2. Portrait of an Artist (Pool with Two Figures) by David Hockney

Hockneys most iconic motifs serve us the Portrait of an Artist (Pool with Two figures), probably his most celebrated and recognized images. In 2017, it was the cover image for the catalogue accompanying Tate Britains retrospective, David Hockney. The idealized poolside encapsulates the brilliance of David Hockneys artistic ventures on his monumental canvas. This painting was sold on 15th November 2019 at $90.3 million. Interestingly, Hockney got the inspiration for this oeuvre from the serendipitous juxtaposition of two photographs on the floor of the artist’s studio. One of a man swimming underwater hence presenting a distorted reflection and the other a clear image of a boy gazing at something on the ground. Hockney was taken instantly by the idea and started working on it. However, disappointed by his work, the painting was destroyed by the artist himself. For further intense work, he decided to photograph real people recreating the same concept. The painting was only finished a night before it was collected to be exhibited at the Andre Emmerich Gallery in New York. Nevertheless, people understood the depth it provided and gave Hockney the much-deserved love.

Hockneys most iconic motifs serve us the Portrait of an Artist (Pool with Two figures), probably his most celebrated and recognized images.

Just a digital mosaic composed of Beeples work since 2007 or much more? Twobadour, one of the players who purchased this artwork for $69 million said This is going to be a billion-dollar piece someday. Well take his word for it. This large square image file is a confluence of images that Beeple released every day since May 1, 2007. What Beeple could elaborate through 3D graphics has only enhanced as we come closer to the present. The Everyday series is a sort of equivalent to a sketchbook. Beeples work is quite eccentric. It manages to be a seamless farrago of modern and conventional ideas juxtaposed together to elaborate a unique feeling. This 13 years of work makes Beeple a digital satirist. Cartoons have been made to complement incipient tech dystopia and political authorities. You can find anything between Anna from Frozen to Joe Biden in his digital art. He says, By posting the results online Im less likely to throw down a big pile of ash. Beeple has something to say about everything going viral around the world which can be found online on his website or other social networking platforms.

Beeple has something to say about everything going viral around the world which can be found online on his website or other social networking platforms.